An awareness campaign in Maine, U.S focused on renewable energy and the effects of global warming on a fish population. Which consisted of two paid Facebook (FB) ads that addressed two pain points of the target audience, which was linked to a host of landing pages and A/B tested against each other in content and design aspects on social. This campaign also included 2 videos that were released as Instagram and Facebook Ads. The videos include video editing, icon creation, and animation.
Role: Graphic Designer | Video Editor | Animator
Team: 3Degrees 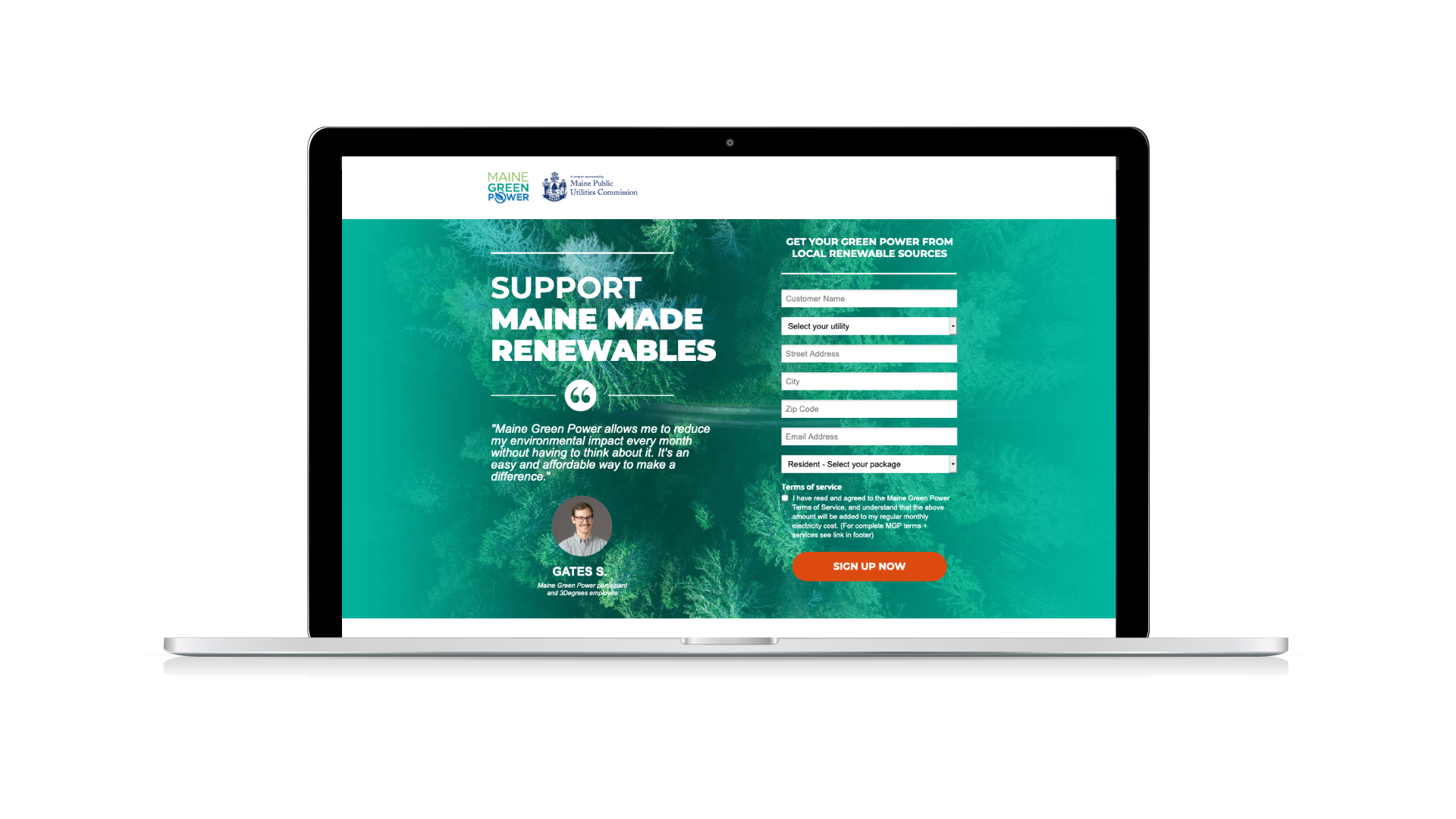